ORIGINALLY POSTED ON MSINTHEBIZ.COM ON JULY 23, 2015

There’s that one project…

For me it is “Dark Girls”, the controversial documentary about colorism. Colorism is judging someone based on the color of his or her skin. That was my passion project. In many ways it continues to be. It is a part of me.

For those who don’t know, “Dark Girls” is an NAACP Image Award Nominee for Outstanding Documentary – Television. It is directed by D. Channsin Berry and Bill Duke. I am the Line Producer. 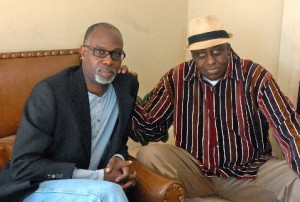 I had been working with Bill Duke on various projects when he asked me if I would work on “Dark Girls”. He told me that the project was about how darker skinned women are treated within the black community. I immediately said yes, even after he told me there was no pay involved. You see I am a dark girl. And my community would tell me “I was pretty, even though…”. Drove me crazy as a kid, teenager and adult. I was lucky enough to have a family who didn’t buy into any of that nonsense. And my family surrounded themselves with others who didn’t buy into the idea of colorism. For African-Americans this is part of us, the ingrained damage slavery has done to an entire community. The lighter you were the more likely you were to work in the house as opposed to the field. Of course being light usually came from the rape of your mother, just a way of life under slavery. But Black Americans have internalized this and we punish those in our community who are dark.

As we worked on the documentary, we learned something new. “Dark Girls” wasn’t just about the African-American Community; colorism was and continues to be a global problem. In many Asian countries, if you were darker, it meant you worked outside as opposed to a white-collar job inside. In India, if you watch Bollywood Movies, everyone is very light. Women in African countries, Asian countries and in the US, are using skin-bleaching products to lighten their skin and some are ending up horribly scarred. The skin bleaching industry is a billion dollar business and shows no sign of slowing down.

Team Dark Girls worked on the project for deferred pay. We filmed and interviewed and filmed some more. Then Bradinn French, our Co-Producer/Editor, put together a nine-minute preview for the team to send to our close circle of colleagues and family for opinions. It went viral. My family members called me because they had a link to the preview in their e-mails. Tatiana EL-Khouri, our Social Media Manager (we hired her quick, again for deferred pay), put together our website, twitter account, etc. We had started a conversation. From the preview, Cameron Bailey, the Artistic Director of the Toronto International Film Festival, contacted us. He wanted to see more, he wanted us to submit to TIFF. Slight problem, we weren’t done filming and we were out of money. We launched an unsuccessful Indiegogo Campaign. But we did continue to have a donate button on our website. The money we did raise and the money that continued to come in helped us to inch across the finish line. We made it into TIFF. We had our screening. The Q & A continued into the lobby of the sold out theater, people wanted to talk. We thought this is going to be an easy sell, right? Wrong.

Many people in the Black Community didn’t want us to talk about this subject matter. I remember someone asking Bill Duke why he felt the need to air the Community’s dirty laundry and his response, “It’s stinking up the house.”

Blogs criticized two men making a film called “Dark Girls”. Both Bill and Chann explained as dark skinned men, they are making this project for their mothers, sisters and all the dark skinned women in their lives. Some in the blogosphere still wanted their pound of flesh. I stepped in, as the highest-ranking female, and expressed my influence over the project.

We premiered at TIFF in September 2011. Oprah Winfrey’s OWN picked us up for a Television debut on June 23, 2013. I do have to say that between TIFF and the Premiere, Chann Berry had the wonderful idea of taking the movie out on tour, like a concert. Sold out at 90% of the venues and it really was the public that demanded to see “Dark Girls” on a screen. This goes to show you that no matter how popular a project can be, you never know what will happen.

I didn’t do this for money; we never received our deferred pay. Don’t get me wrong, we received some, “buy yourself something pretty” money and I did. But as far as the deferred pay, never came close. But you know what I did receive, women telling me how the project I was on, helped change their lives. And I received an NAACP Image Award Nomination in my name. That was VERY cool. 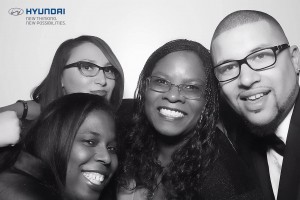 So my readers, work on your passion projects, it will fulfill you in ways you never could have imagined.

And a quick shout out to the Curtis, Bedford and Grayson families who always made me feel beautiful gorgeous; I love you.

This Blog is dedicated to Team Dark Girls:

Until next month, remember to Seize the Day!